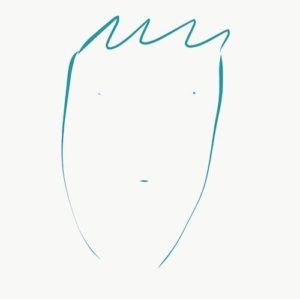 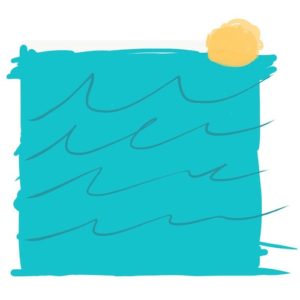 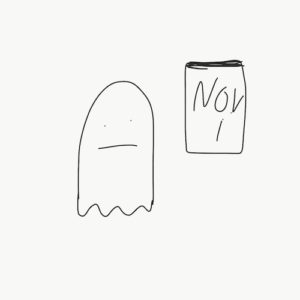 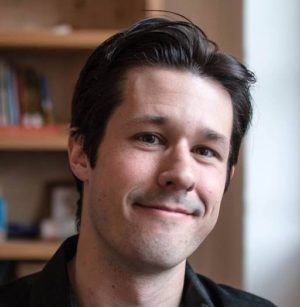 Brand New finally released a new album this year, one that’s very dark and just feels heavy, so I’ve become nostalgic for Your Favorite Weapon-era emo pop-punk that’s upbeat and full of great riffs and passionate singing. Panama’s FIM fills that void for me. Every track on the excellent new Memorias EP is a winner, each song enjoyable on its own and filled with several singalong moments that all good catchy punk songs need. Bonus points for the shark album cover. Also, check them out via Instagram and YouTube.

I’m a little late to Ecuador’s Marley Muerto, but I’m glad I got here. A towering yellow suited man with a disco skull writes sad songs for the clubs. The music, especially “Dorado Salmón Violeta (feat. Frances Possieri),” also sounds good in the morning-after light after a night of bad or even meh decisions. My favorite release of his so far is 2012’sPararmar; Not quite freak folk, and in 2017 this can qualify for legitimate mainstream pop music, but it’s definitely a far-out take on traditional Latin songwriting. The weirder, the better. And what a great website.

I love the new Animales music video for latest single “Dioses” – that chorus takes me into A-ha territory in the best way. Directed by Dutch video artist Elise The, the trippy video for “Dioses” further makes the A-ha connection using clever animation to depict gods and men and how all things, even for gods, must come to an end.

The Chilean indie-pop group recorded their synth-heavy EP at NYC’s Sterling Sound (Adele, Beyonce, The Weeknd) and the polished sound works well for the band’s fun music. I’m excited to hear more. The new EP is out now on Spotify.

Just in time for Halloween too, check out great sluggish doom metal via Mephistofeles.

“Founded in 2010, has recorded 3 demo raw tapes (one as a one-man-band, and two others as a band). In May 2016 released the first full-length album called “Whore” which has been already edited in cassette (by Catarata Records, Pirámide Records, Golden Dawn Recordings) and CD format (by Black Noise Records). Soon on vinyl too via Black Farm Records. (An early 2017 production). Actually, the band finds itself mixing a second long play for mid-2017.”

Sometimes all you need are riffs. Bagual has plenty of riffs, and they sound like they’ve been hanging out in the desert with Queens of the Stone Age. Check out more music via South American Sludge Records.

As New York enters October and actual, no-actually-this-is-it Fall, I’m already looking ahead at next summer. Ghetto Kumbé is partly to blame, with its upbeat grooves and its insistence to enjoy life and get up and dance. Soy Selva is out October 16th.

“Ghetto Kumbé is a three-man Afro-Colombian band fusing the Afro-Caribbean roots of Colombia with the hypnotic power of African house beats.

“Soy Selva” (translated as “I’m Jungle”), produced with London native producer The Busy Twist, is about the ancient people of Colombia, their traditions, their relations with mother nature, universal respect and ritual dancing. With the additional featuring of Ghanaian singer Zongo Abongo on “Dagbani Dance”, things have definitely come full circle for this new EP, involving three continents in this innovative musical adventure.”

So this is what a late ’60s dance party inside a burning rocket ship crashing into earth sounds like. Los Amos del Universo takes Krautrock and meshes it with Jimi Hendrix-like guitars into something overwhelming and chaotic and beautiful.

Peru’s Superspace Records is home to Universo and other great bands taking on neo-psychedelia and making it exciting and relevant rather than rehashing it like your older brother’s college roommate. The label is also home to techno house, glitch, acid rock, indietronica, and other genres your older brother’s college roommate ruined for you but Superspace will redeem for you.

“The masters of the universe corresponds to a desire to pay homage to the krautrock of the 70’s, it is also the result of the reunion of its members, which presents an evolution of its members in the creative field. The masters of the universe was born and was born in the town of Belloto Norte, commune of Quilpué, Chile during the month of January 2017.”

I can’t look away – from the steadily flashing lights, the mysterious purple room that could be The Black Lodge, to the collage of random assortments of pedals and instruments and cherished (or discarded) anime trinkets. It’s all stunning. In the center is Mexican experimental artist Makoto Kinolayering melodies and repetitive drones and turning the room into a fortress of sound. It’s like she’s trying to bring the Loveless album cover to life at 2 a.m. while everyone is still asleep and dreaming. It’s almost otherworldly, and it’s quite beautiful.

Kino’s album is out now on Bandcamp. More information can be found here.

At first, Meridian Brothers’ psych-folk might sound kitschy and novel, especially to someone unfamiliar with one of Bogotá’s most beloved avant-garde acts. Perhaps as kitschy and novel as the album cover shown above. But there’s an urgency throughout the excellent ¿Dónde Estás María? – listen closely and you’ll hear the same fuzzy, driving grooves that you hear in your favorite Vampire Weekend songs. It might be weird, but you can’t say it’s lazy or not well written. And this band has been doing tropicalia longer, and better, than any late ’00s indie band still trying to be relevant.

¿Dónde Estás María? will be released on September 8th.

Meridian Brothers’ sound is a huge palette of influences and inspirations. Drawing from traditional Latin rock (including Colombian, Argentinian and Mexican) as well as Brazilian tropicalia, for this album Alvarez incorporates string instruments – in particular the cello, both bowed and plucked – a timbre rarely used in his previous works.”